The rest of patrol 13 was a pretty quiet affair that ended with Dave cleaning the engine room and hanging out in Control. When the Patrol is over and the ship heads out to sea with the Blue Crew, Dave loses contact with the crew for many, many years.

After leaving Michigan, Dave heads to Virginia Beach for POSEIDON C School and the summer in one of Americas great vacation spots. But the future is cloudy. What happens next will seem at first like a typical Navy screw-over, but the reality is that if it hadn’t happened, Dave wouldn’t be where he is today… 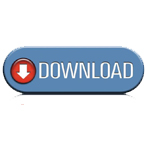 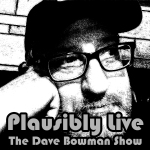 And so we turn to Patrol 13 of USS Michigan. Before we left, I knew it would be my last run on her. I was headed back to Virginia Beach and POSEIDON Fire Control School in the spring.

On the 4th of October, I was in Port Townsend with a couple of friends, spending my last day of liberty seeing that beautiful city. There I saw the newspaper with the picture of the Soviet K-219 submarine on the front page. One of my friends asked me if anything like that could happen to us. Was I scared?

“Of course not,” was my confident reply. To both questions.

When I was very young, maybe seven or eight years old, I tried to plug in a lamp in the living room which had a frayed plug. In a massive display of sparks and shock, I took a rather bad burn to my wrist. I remember be terrified and shaking and begging Mom to take me to the Emergency Room. I was sure that electricity was killing me.

Years later, in A School, I learned that electricity is a force for good, but that it requires respect, not fear.

As we left Bangor on the afternoon of the 19th, we thought it would be just a regular patrol. No stops, no tests, no inspections. Just 80 or so days of boredom.

Taking courage in hand, Dave shares a few of the best of his stories about the more… interesting times aboard USS Michigan SSBN-727. Over the course of six deterrent patrols, a lot of weird, funny and even gross stuff happens aboard an FBM Submarine.  Most of it is harmless.

But thirty-five years later, Dave is still laughing about it…